360° Video is a powerful medium to tell stories. It allows people to become part of the story instead of watching the experience in 2 Dimensions people can watch it from the inside. Here at Virtual Reality Joburg we use the latest high-end 360° virtual reality cameras to film experiences, advertisements, marketing concepts, artists, businesses and spaces.

We have several high-end Virtual Reality 360° virtual reality cameras like the Insta360 Pro and the Insta360 Pro 2. These cameras have the capability to record at 8K and offers superior video quality. We can record live events and broadcast these events in 360° video as it happens or record the footage for later use. 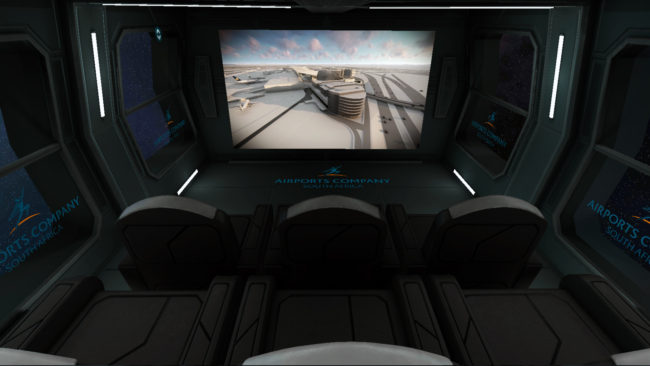 We were commissioned by the Airports Company of South Africa to create a 360° video for them. ACSA supplied us with the 2D Video and we had to create the 360° Virtual Reality environment and use the 2D Video inside the experience. They wanted a futuristic environment to symbolize their forward thinking.

Sometimes we don’t have the best reception. If you struggle to get hold of us, please send us a whatsapp message and we will contact you as soon as possible.